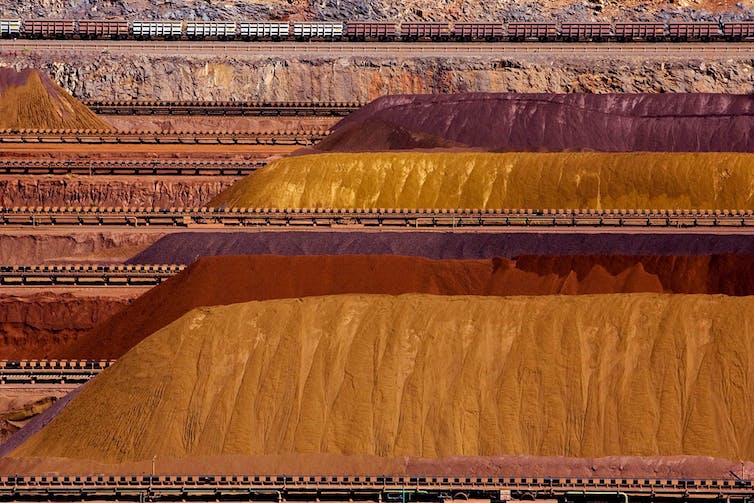 Four years ago in December 2015, every member of the United Nations met in Paris and agreed to hold global temperature increases to 2°C, and as close as possible to 1.5°C.

The bad news is that four years on the best that we can hope for is holding global increases to around 1.75°C. We can only do that if the world moves decisively towards zero net emissions by the middle of the century.

A failure to act here, accompanied by similar paralysis in other countries, would see our grandchildren living with temperature increases of around 4°C this century, and more beyond.

I have spent my life on the positive end of discussion of Australian domestic and international policy questions. But if effective global action on climate change fails, I fear the challenge would be beyond contemporary Australia. I fear that things would fall apart. 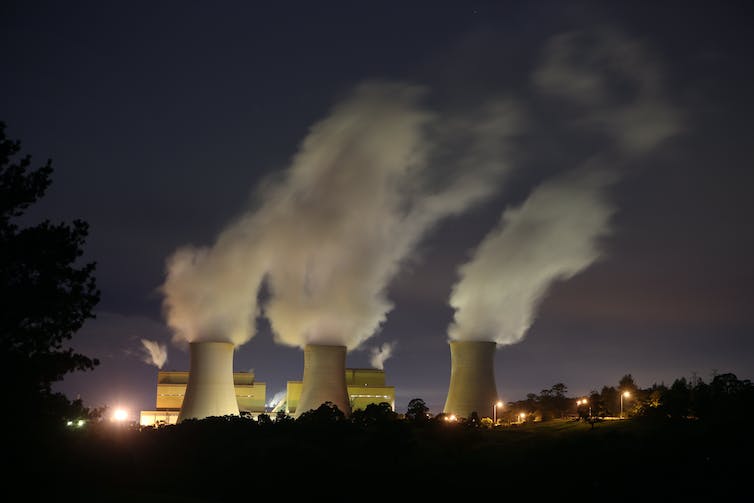 There is reason to hope

It’s not all bad news.

What we know today about the effect of increased concentrations of greenhouse gases broadly confirms the conclusions I drew from available research in previous climate change reviews in 2008 and 2011. I conducted these for, respectively, state and Commonwealth governments, and a federal cross-parliamentary committee.

But these reviews greatly overestimated the cost of meeting ambitious reduction targets.

There has been an extraordinary fall in the cost of equipment for solar and wind energy, and of technologies to store renewable energy to even out supply. Per person, Australia has natural resources for renewable energy superior to any other developed country and far superior to our customers in northeast Asia.

Australia is by far the world’s largest exporter of iron ore and aluminium ores. In the main they are processed overseas, but in the post-carbon world we will be best positioned to turn them into zero-emission iron and aluminium.

In such a world, there will be no economic sense in any aluminium or iron smelting in Japan or Korea, not much in Indonesia, and enough to cover only a modest part of domestic demand in China and India. The European commitment to early achievement of net-zero emissions opens a large opportunity there as well.

Converting one quarter of Australian iron oxide and half of aluminium oxide exports to metal would add more value and jobs than current coal and gas combined. 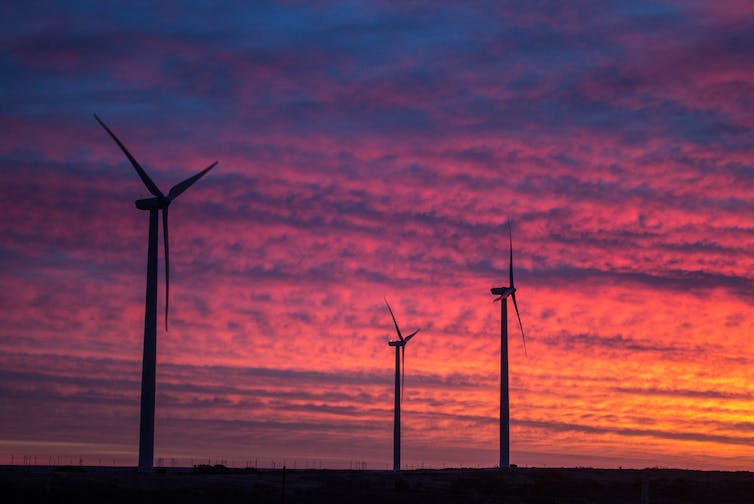 A natural supplier to the world’s industry

With abundant low-cost electricity, Australia could grow into a major global producer of minerals needed in the post-carbon world such as lithium, titanium, vanadium, nickel, cobalt and copper. It could also become the natural supplier of pure silicon, produced from sand or quartz, for which there is fast-increasing global demand.

Other new zero-emissions industrial products will require little more than globally competitive electricity to create. These include ammonia, exportable hydrogen and electricity transmitted by high-voltage cables to and through Indonesia and Singapore to the Asian mainland.

Australia’s exceptional endowment of forests and woodlands gives it an advantage in biological raw materials for industrial processes. And there’s an immense opportunity for capturing and sequestering, at relatively low cost, atmospheric carbon in soils, pastures, woodlands, forests and plantations.

Modelling conducted for my first report suggested that Australia would import emissions reduction credits, however today I expect Australia to cut domestic emissions to the point that it sells excess credits to other nations. 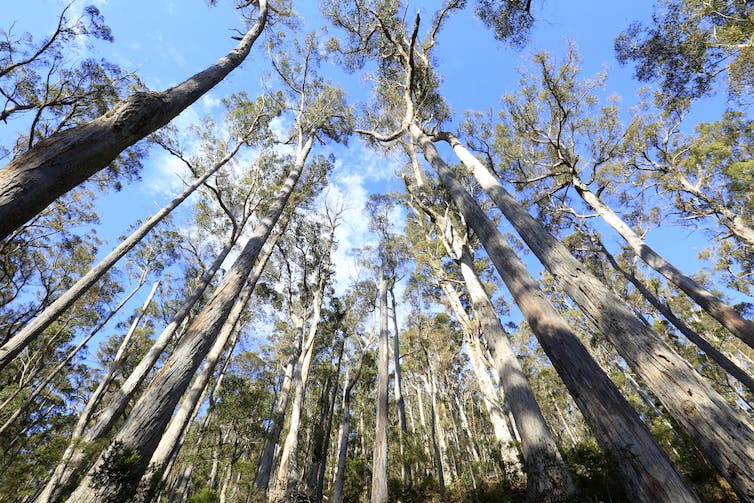 The transition is an economic winner

Technologies to produce and store zero-emissions energy and sequester carbon in the landscape are highly capital-intensive. They have therefore benefited exceptionally from the historic fall in global interest rates over the past decade. This has reduced the cost of transition to zero emissions, accentuating Australia’s advantage.

In 2008 the comprehensive modelling undertaken for the Garnaut Review suggested the transition would entail a noticeable (but manageable) sacrifice of Australian income in the first half of this century, followed by gains that would grow late into the second half of this century and beyond.

Today, calculations using similar techniques would give different results. Australia playing its full part in effective global efforts to hold warming to 2°C or lower would show economic gains instead of losses in early decades, followed by much bigger gains later on.

If Australia is to realise its immense opportunity in a zero-carbon world, it will need a different policy framework. But we can make a strong start even with the incomplete and weak policies and commitments we have. Policies to help complete the transition can be built in a political environment that has been changed by early success.

First, the regulatory system has to focus strongly on the security and reliability of electricity supplies, as it comes to be drawn almost exclusively from intermittent renewable sources. 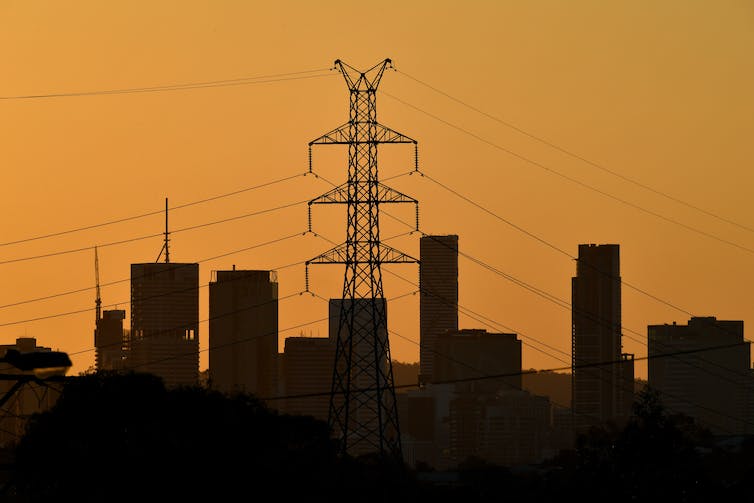 Second, the government must support transformation of the power transmission system to allow a huge expansion of supply from regions with high-quality renewable energy resources not near existing transmission cables. This is likely to require new mechanisms to support private initiatives.

Third, the Commonwealth could secure a globally competitive cost of capital by underwriting new investment in reliable (or “firmed”) renewable electricity. This was a recommendation by the Australian Competition and Consumer Commission’s retail electricity price inquiry, and has been adopted by the Morrison government.

We must get with the Paris program

For other countries to import large volumes of low-emission products from us, we will have to accept and be seen as delivering on emissions reduction targets consistent with the Paris objectives.

Japan, Korea, the European Union and the United Kingdom are the natural early markets for zero-emissions steel, aluminum and other products. China will be critically important. Indonesia and India and their neighbours in southeast and south Asia will sustain Australian exports of low-emissions products deep into the future. 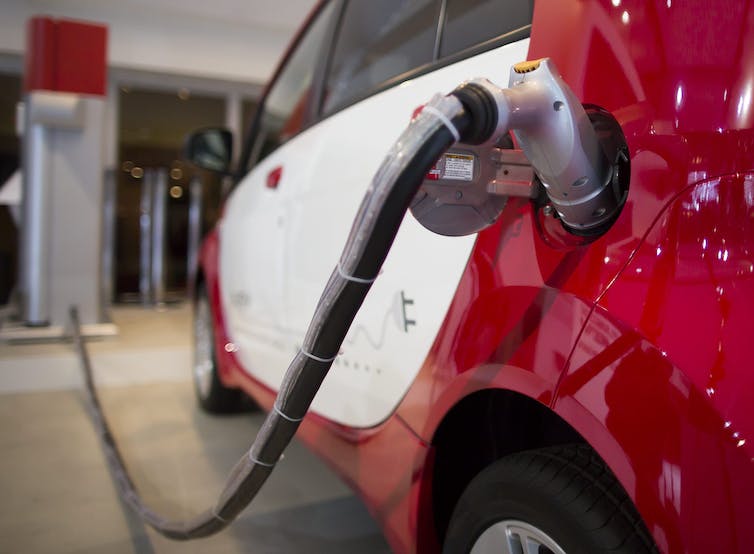 For the European Union, reliance on Australian exports of zero-emissions products would only follow assessments that we were making acceptable contributions to the global mitigation effort.

We will not get to that place in one step, or soon. But likely European restrictions on imports of high-carbon products, which will exempt those made with low emissions, will allow us a good shot.

Movement will come gradually, initially with public support for innovation; then suddenly, as business and government leaders realise the magnitude of the Australian opportunity, and as humanity enters the last rush to avoid being overwhelmed by the rising costs of climate change.

The pace will be governed by progress in decarbonisation globally. That will suit us, as our new strengths in the zero-carbon world grow with the retreat of the old. We have an unparalleled opportunity. We are more than capable of grabbing it.

Ross Garnaut conducted the 2008 and 2011 climate reviews for the Rudd and Gillard governments. His book Superpower – Australia’s Low-Carbon Opportunity, is published today by BlackInc with La Trobe University Press.