In their raids on media organisations, journalists and whistleblowers, the Australian Federal Police have shown themselves to be the tool of a secretive, ruthless and vindictive executive government. 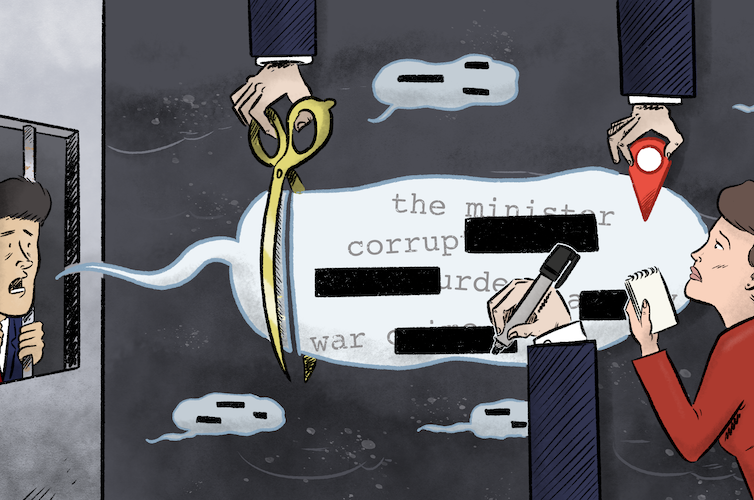 Secretive because the extensive web of laws passed under the rubric of national security, on top of the secrecy provisions of the Commonwealth Crimes Act, gives the executive wide powers to classify as secret anything it wishes to hide. As the former investigative reporter Ross Coulthart once memorably said, it could include the office Christmas card.

Ruthless because the stories revealed by whistleblowers and reporters targeted by the AFP and other security agencies have offered accounts of cruelty, misconduct, dishonesty and slyness. These include:

Vindictive because in the most recent two cases it has taken more than a year after publication for the AFP to take action, revealing how utterly lacking in any real threat to national security the leaks and publications were.

It follows that these raids are a naked attempt to take revenge on whistleblowers and intimidate the journalists who published their stories.

As for the AFP, while it is true they are acting in response to references from other government agencies, it raises questions about the way they exercise their vaunted operational independence.

In addition to this question of AFP culture, many interrelated factors have brought Australia to this point – a clear and present danger to freedom of the press.

One is the catch-all nature of section 70 of the Commonwealth Crimes Act. This makes it an offence punishable by up to two years’ jail for a public servant or former public servant to make an unauthorised disclosure of any fact or document they come across in their role as a public servant.

Another is the vast body of national security laws — about 70 of them at last count.

In the context of press freedom, one of the most oppressive is the so-called metadata law of 2015, which makes it relatively easy for the police and security forces to carry out electronic surveillance of communications between journalists and their sources.

Not only do these laws provide for the criminal prosecution of journalists, they also contain very limited public-interest defences. In many instances, they reverse the onus of proof, so the journalist has to prove a defence rather than the prosecution having to prove guilt.

A third factor is the Commonwealth’s weak whistleblower protection law, the Public Interest Disclosure Act. This offers no specific protection for a whistleblower who goes to the media, even after he or she has tried to get the wrongdoing corrected internally. We are seeing this play out in the courts now with the prosecution of Tax Office whistleblower Richard Boyle.

Three government ministers — Prime Minister Scott Morrison, Treasurer Josh Frydenberg and Attorney-General Christian Porter — have all batted away questions about the latest police raids, taking refuge in saying it is the law taking its course.

That is not the point. The point is that the politicians have constructed a repressive legal regime designed to protect the executive branch of government, impede accountability to the public and exert a chilling effect on the press.

This is not a party-political argument. Labor has largely supported the creation of this regime, although to be fair it has forced through some amendments to give some protection to journalists.

A fourth factor is that Australia is alone among the “Five Eyes” countries that make up the West’s main intelligence network in having no constitutional protection for freedom of the press. The US, Britain, Canada and New Zealand all have this protection in some form.

Finally, laws that do exist in Australia to protect journalists’ sources offer no protection from police raids and electronic surveillance.

If a source is identified by electronic surveillance or seizure of files or electronic devices, the journalist is powerless to keep any promise of confidentiality.

We are back to the days when communicating with confidential sources can be done safely only through snail mail or – after leaving mobile devices behind – in underground car parks.