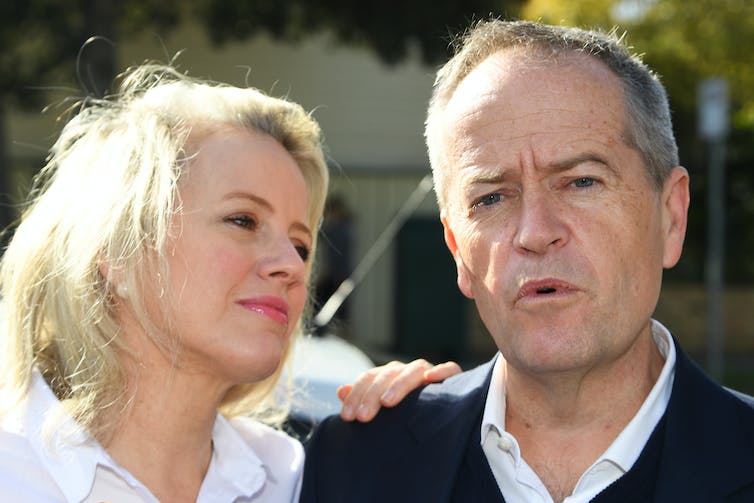 The election result was a triumph for the Coalition and a defeat for pundits. The result is even more striking when the drift to the left of public opinion is considered – over the past decade, surveys have found that voters have become more supportive of income redistribution, gay and lesbian rights and climate change action.

There were many causes of Labor’s failure, but central was the failure of the broader labour movement to win the debate on living standards. The election campaign was an old-fashioned one. Many on the left had with gloomy pleasure anticipated a culturally based homophobic campaign by the devout Christian, Scott Morrison. But the campaign themes rhetoric of taxation, government services and economic management revived that of the pre-Tampa era.

Labor’s failure lay in its inability to convince enough voters that its policies could actually improve their material conditions. Labor state governments can provide material things like schools, hospitals and solar panels, and voters delight in these.

Federal Labor claimed that the election was a referendum on wages. This mobilised the left’s mass support base: the unions, public-sector heartland and its remaining private sector outposts. The left created the simulacrum of a social movement: rallies, rallies and rallies, and electoral door-knocking. Outside of the left’s world, this appeal struck little chord.

In the 1990s, Labor had laid waste to the institutions of centralised wage-fixation and economic regulation that established for many otherwise conservative voters a plausible linkage between politics and material conditions.

The focus of unions too much reflected their institutional interests – their desire to become again legislative interlocutors with government or revive the doomed project of enterprise bargaining. In honest moments, some union campaigners admitted that however unhappy many voters were with their conditions, they were profoundly sceptical about the ability of Labor and the unions to do anything to improve them.

Labor’s broader campaign was reluctant to engage with material issues – the living wage was a vague idea – and an increase to Newstart was never promised, despite the aspirations of Labor voters.

Rhetoric about bankers and the “top end of town” substituted for a clear appeal. The British conservative Maurice Cowling once commented that there was a class war and it had to be fought with subtlety and skill. Labor forgot this lesson.

These omissions rendered Labor especially vulnerable to the Coalition’s campaign. Since election night, many on the left have complained that voters prioritised an anti-social individualism over the welfare of the community.

In recent years, the favoured response to this individualism by many on the left such as Shorten advisor Nick Dyrenfurth, has been to exalt values of egalitarianism presumed inherent to the national character.

Yet the “interests” of voters are not their choices alone. Rather, they are largely shaped by institutions. Since the 1990s there has emerged in Australia new political settlement, which Andrew Norton calls “big government conservatism”, akin to what George W Bush designated “compassionate conservatism”. In John Howard’s version this rejected older conservative dreams of the replacement of public services by the private sector. Instead the public sector was retained, but voters were offered the option to access heavily subsidised private sector provision in addition.

Apart from superannuation, this is the terrain of the Coalition: “private” education; health insurance subsidies, tax subsidies for property investment, franking credits that subsidise inheritances. Household debt substitutes for government borrowing as an economic stimulus.

Here, Australian conservatives have heeded Roger Scruton’s advice to be innovative in defence of tradition. Labor’s (relative) scepticism about subsidised private provision echoes the conventional wisdom of “policy wonks” such as the Grattan Institute.

Many voters disagree. In an economy of stagnant living standards, changes to these programs seem a threat to many. I predicted in 2013 that tax resistance would be a problem for the left in a slow growth Australian economy. It took time for this problem to kick in, but a 2019 survey found a sharp fall in the portion of respondents willing to pay more tax in support of social services. Labor’s challenges to the public subsidy of private gain were seen by many voters to threaten their interests, while those who might have benefitted could not be convinced to change their vote.

Read more:
Coalition wins election but Abbott loses Warringah, plus how the polls got it so wrong


Bill Shorten is a “true believer”, one who grounded his politics in Labor traditions and history, rather than an explicit ideology. The left often flees to history, even if for most of its members the history of labour is passé compared to the more exciting fields of culture and identity.

Yet the history of Australia is, as Peter Coleman noted in 1962, a history of the right, not the left; from the perspective of 2019, this history appears as the suppression, co-option and ultimately destruction of working-class resistance.

It is not a tale of solidarity forever but division eternal. Shorten’s failure is a familiar chapter in labour history.