The ACTU is reminding people that ScoMo was the architect of the plan to give the big banks a $17 billion corporate tax cut and was 100% behind every toxic trickle-down policy of the Turnbull Government like:

Morrison was also violently opposed to the banking royal commission. He tried to block it 26 times. In fact he called it a populist whinge. The very royal commission that he fought against has found that the CBA committed more than 13,00 crimes, and NAB also breaking laws. As such, criminal charges have been recommended.

Scott Morrison’s record as Treasurer is one of failure:

• Inequality is at 70-year highs

• 40% of Australians are in insecure work

The reality is Australia needs a pay rise – not another PM guided by trickle-down economics. He is a sock puppet for big business.

One thing we can be sure of is with the Liberals there will be more division, more chaos, and more cuts. After all Morrison was part of a government that inflicted $57b in hospital cuts on Australians, introduced a Medicare rebate freeze, tried to create a GP co-payment, Increased the PBS co-payment, introduced cuts to dental and prevention programs and began the privatisation of Medicare’s payments system.

He also was part of the team that made decisions to that ruined the NBN, stuffed up the Census and let’s not forget the robo-debt disaster.

The Abbott,Turnbull, Morrison government will continue to slash and burn health care in Australia. 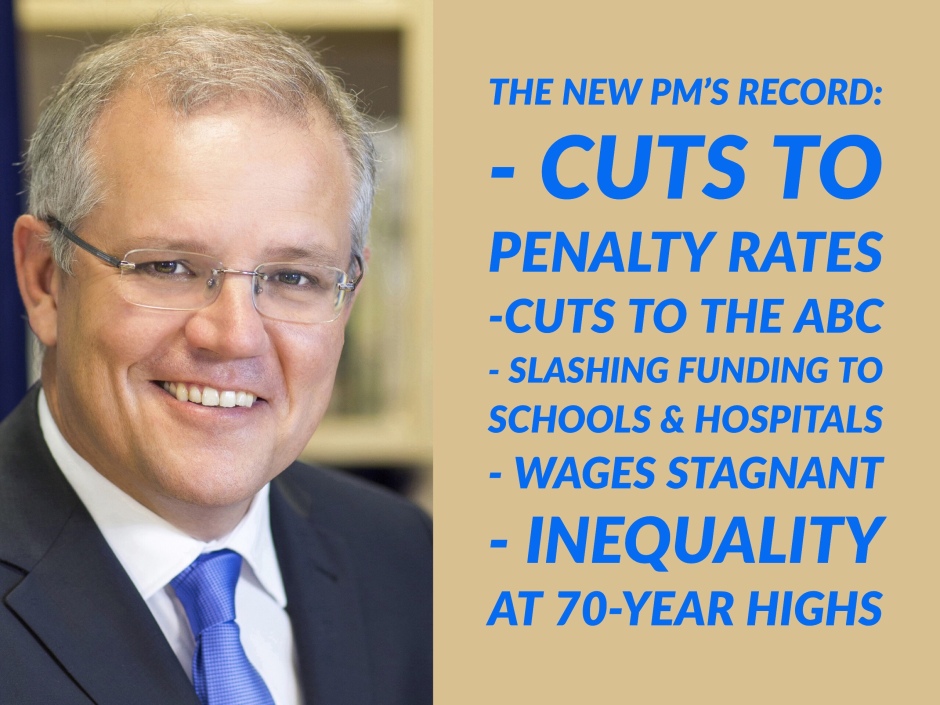