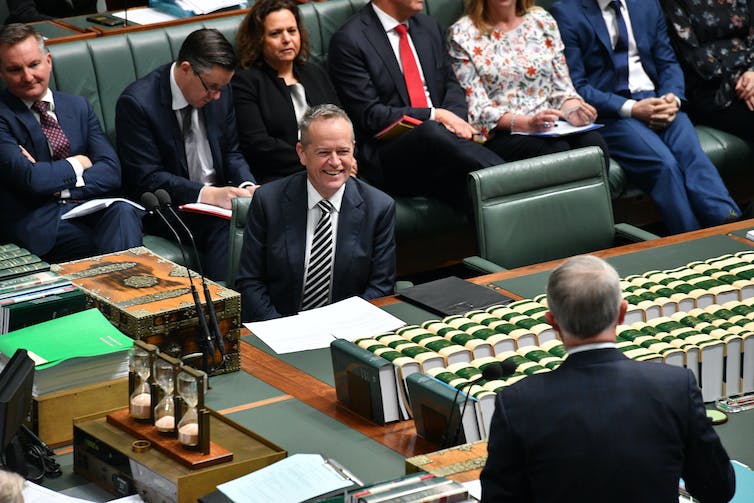 The obverse of the current crisis in Australian conservative politics is the resilience of the Australian left.

The Labor Party has twice climbed off the canvas after dramatic political setbacks: the Rudd-Gillard civil war and the ascension of Malcolm Turnbull to the Liberal leadership.

Labor has found success despite a mildly unpopular leader in Bill Shorten and a frequently dysfunctional and self-indulgent political culture. Prime Minister Tony Abbott and now Turnbull have been constantly under pressure from Labor.

Why is this the case? One factor has been institutional change. In 2013, the Labor caucus resolved that in future, the party leader would be chosen by a combined vote of MPs and party members.

Yet this is only part of the story. These rules could not prevent a change of leader if Labor MPs were really determined to effect one. Before the recent “Super Saturday” by-elections there were clear signs of anxiety among Labor MPs.

If Labor had lost one of the four electorates in which it had had a sitting member, it is possible Shorten’s leadership would have ended.

More fundamental has been Labor’s successful adaption to modern politics during the 1983-96 Hawke-Keating years. In this period, Labor’s long ideological wars were resolved. The left of the party abandoned its socialist dreams and accepted capitalism, but the right wing of the party accepted social liberalism: gay rights, native title and an active role for government in social services such as education and health.

Part of this process was the emergence of formal factions. These parties within the party enabled durable deals to be struck – not just on ministerial positions and overseas trips but about the basic direction of Labor in government. Dissenters were disciplined by their faction leaders. The transition from the anarchic and rebellious caucus of the Gough Whitlam years to the loyalist cheer squad of Paul Keating’s prime ministership is a textbook example of how parties make a political system work.

Since the Hawke-Keating years, Labor has often been racked by internal conflict. But these battles have been around personality rather than policies, and it has been decades since MPs polarised on factional choices in a leadership ballot.

Political journalist Paul Kelly has argued the Rudd-Gillard war was uniquely self-indulgent because of its non-ideological nature compared to that between Abbott and Turnbull, but this superficiality meant it was a schoolyard scrap rather than a gang war.

Labor’s transformation enabled the party to adopt a particular political appeal. It saw itself as representing a coalition of social groups that sought government support. This contrasts with the Liberals, whose activists have increasingly defined themselves as the agents of an ideological movement – “conservatism”.

Liberal MPs now fret about “the base”, by which they mean voters who instinctively vote on the right – in other words, the party shouldn’t chase the middle ground.

The division between Democrats and Republicans in the US matches this distinction. In both countries, these appeals have political strengths and weaknesses.

American scholars have considered the paradox that although American voters tend to self-identify as “conservatives” they tend to vote for “liberal” candidates. Democrats have won the popular vote in five of the past six presidential elections. One explanation is that voters are “symbolically conservative” on issues of national identity and limited government, but “operationally liberal” on government action that directly benefits them.

This pattern is apparent in Australia as well. Labor found that voters preferred John Howard’s conservative vision of national identity and secure borders to Keating’s and the Greens’ vision of cosmopolitan republicanism.

The Liberals have found that voters like Labor’s advocacy of state intervention on their behalf: the success of [Labor’s “Mediscare” campaign](https://theconversation.com/why-scare-campaigns-like-mediscare-work-even-if-voters-hate-them-62279) in 2016 was an example.

If Labor overplays its group appeal, it can drive a defection of suburban outsiders to the right, as in 1996 when Howard campaigned “for all of us” in an appeal implicitly directed against Keating’s enthusiasms for Indigenous affairs and liberal cosmopolitanism.

Labor’s professionalisation and shift to a politics of interest group brokerage dissolved its old emotional appeal to class identity. A result of this was that Labor’s core vote steadily declined from 40% to well under 30%. Labor thus wins more elections than it used to, but suffers more truly catastrophic defeats such as Queensland in 2012 and NSW in 2015.

Yet Labor is usually able to recover rapidly from setbacks. Liberal governments have been prone to confuse the symbolic conservatism of voters with an ideologically conservative commitment to fewer government services.

Labor has to balance its appeals to different groups. Keating and Rudd emphasised an appeal to cosmopolitan professionals. Shorten, and even more so Gillard, wanted to appeal to union activists. Yet even if one group feels neglected by Labor, it is still likely to retain a faith that the ALP is preferable to the Coalition. Cosmopolitan professionals vote Green, but their preferences flow strongly to Labor. Unions and GetUp find consensus on “put the Liberals last”.

However, on the right, the flow of One Nation preferences to the Coalition is notably less that of Green preferences to Labor. “Identity politics” brings the left together, whereas on the right it inspires wars over who is the true upholder of conservative principle.

Gillard’s social conservatism and labourist rhetoric did not stop her working effectively with the Greens, whereas Turnbull has been torn down by his rivals over remarkably small policy divergences.

Labor has come to define itself as the party of policy and expertise, even if, as with Rudd, the party’s political practice in government has often failed to meet this promise.

Turnbull’s policy enthusiasm leaves much of his party cold, whereas Gillard’s legislative success enthused many on the left otherwise critical of her record.

Labor now does politics better than the Liberals. This does not ensure electoral success, as the outcome of Labor governments are frequently disappointing to voters. But Labor does start ahead in the political race.