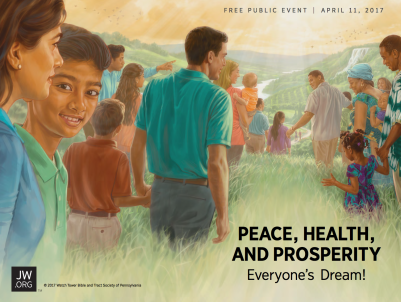 The Russian Government has decided to take on the God Jehovah and has launched a bid to ban Jehovah’s Witnesses in Russia.

The Government has been engaged in a three-day legal battle with the Russian branch of Jehovah’s Witnesses claiming that the group engages and promote extremist activities in the country.

Russia’s Ministry of Justice says it is seeking “to declare the religious organization, the Administrative Center of Jehovah’s Witnesses, extremist, ban its activity, and liquidate it.” 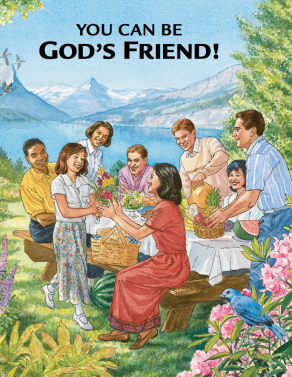 Mark Sanderson, who is a member of the Governing Body of Jehovah’s Witnesses and present at the hearing, stated: “It is disconcerting that the Supreme Court dismissed or denied most motions filed by the Administrative Center.”

“Representatives of many embassies and human rights organizations were present for this hearing. The world is watching.”

Many have condemned the Russian Government’s moves to ban the organisation. Heiner Bielefeldt, Former UN Special Rapporteur on Freedom of Religion or Belief, said: “If Jehovah’s Witnesses are extremist, I think we all are.”

Sociologist and Former Representative of the OSCE on Combating Racism, Xenophobia, Discrimination Dr. Massimo Introvigne commented: “The only relationship between Jehovah’s Witnesses and violence is that they have been victims of violence.”

Rachel Denber Deputy Director of European Human Rights Watch has said that there is no legitimate grounds to say that the literature of Jehovah’s Witnesses is extremism, she also stated that it is absurd to say the organistation is spreading hate or encouraging violence.

In response to the threat of the ban and legal action over 8,000,000 Witnesses worldwide participated in a letter writing campaign appealing directly to the Kremlin and Supreme Court officials for relief.

“The Governing Body of Jehovah’s Witnesses wants to heighten attention to this critical situation,” states David A. Semonian, a spokesman at the Witnesses’ world headquarters. “Prosecuting non-violent, law-abiding citizens as if they were terrorists is clearly a misapplication of anti-extremist laws. Such prosecution is based on completely false grounds.”

There are more than 170,000 Jehovah’s Witnesses in Russia and have over 2,300 congregations.