Australia in 2016 saw its fourth-warmest year on record, with the annual national mean temperature 0.87 °C above average. The Australian Bureau of Meteorology has released is Annual Climate summary for 2016. 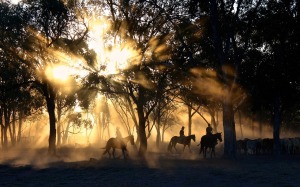 2016 were amongst the ten warmest years on record for Queensland, New South Wales, Victoria, Tasmania and the Northern Territory.

Australia saw a strong El Niño influencing Australia’s climate at the beginning of the year, before breaking down during autumn and a strong negative Indian Ocean Dipole influenced Australia’s climate from May to November. The central tropical Pacific approached La Niña thresholds during spring, but a La Niña did not develop