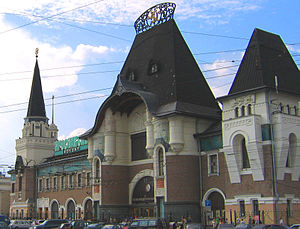 Moscow: 3000 people have been evacuated from a railway station amid threats of an explosion. The effected stations are Kazansky, Leningradsky and Yaroslavsky .

No explosives were found at any of the train stations in Moscow following a bomb threat alert triggered by an anonymous call.

The Russian Railways company said that the train schedule has not been affected.