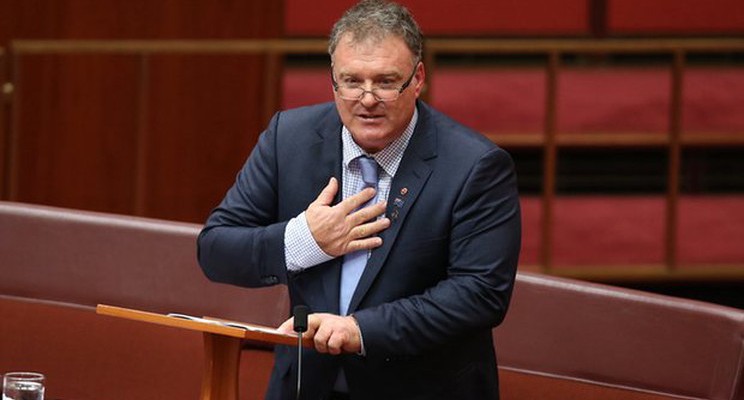 The Federal Court in Perth had declared Senator Rod Culleton bankrupt after a hearing.

The verdict against Senator Culleton  follows legal action brought by former Wesfarmers boss Dick Leste. Senator Rod Culleton has been declared bankrupt after a hearing in the Federal Court in Perth.

During the proceedings Culleton’s wife Ionna asky to address the court the Judge refused her request.

There are reports that Culleton was seen yelling at the judge  “You’ve just executed me and I before I bleed to death.”

Culleton also told the judge: ““You have just given my estate away!”

The Senator claims he wasn’t given a “fair go”. “I will consider my position. We have still got legal avenues.”

‘We can appeal … I can still stand as a senator and I will fight it to the end,” he said.

The declaration by the Federal Court disqualifies Mr Culleton from sitting in the upper house.

In the judgment, Justice Barker said the date of the act of bankruptcy was August 29, 2016.

Senator Culleton was elected in the July federal election representing Pauline Hanson’s One Nation but has since split from the party.

Pauline Hanson has said “I feel sorry for Rod Culleton & his family but this was the right ruling. I hope he now acts honourably & steps down with dignity