The annual review of extreme weather and climate events published in the Bulletin of the American Meteorological Society today highlights how climate change is influencing the events that affect us the most. This table summarises each event and whether climate change played a role.

Across the globe, extreme heat events are linked with climate change, although El Niño provided a boost in 2015 leading to more records being broken. The human influence on rainfall and drought is less strong but we can see it in many events that were studied.

Our influence on the climate extends beyond temperature and rainfall. In the UK, the chance of very sunny winters (which sounds like an oxymoron!) has increased due to climate change. The record low sea ice extents, which have continued into 2016, are strongly associated with human influences.

While the majority of studies have been done on the developed world, more analyses of developing countries are included this year than in the past. Through collaborations between local experts and teams in the United States and Europe, a greater emphasis on extreme events in the developing world was possible.

This is important because the impacts of extreme events are often more severe in these areas than in wealthier regions.

The effects of climate change on extremes spread far and wide as human activities have radically altered our climate. We can expect to see more extreme events with a clear fingerprint of human-caused climate change in the coming years and decades.

What extreme weather events were related to climate change in 2015? 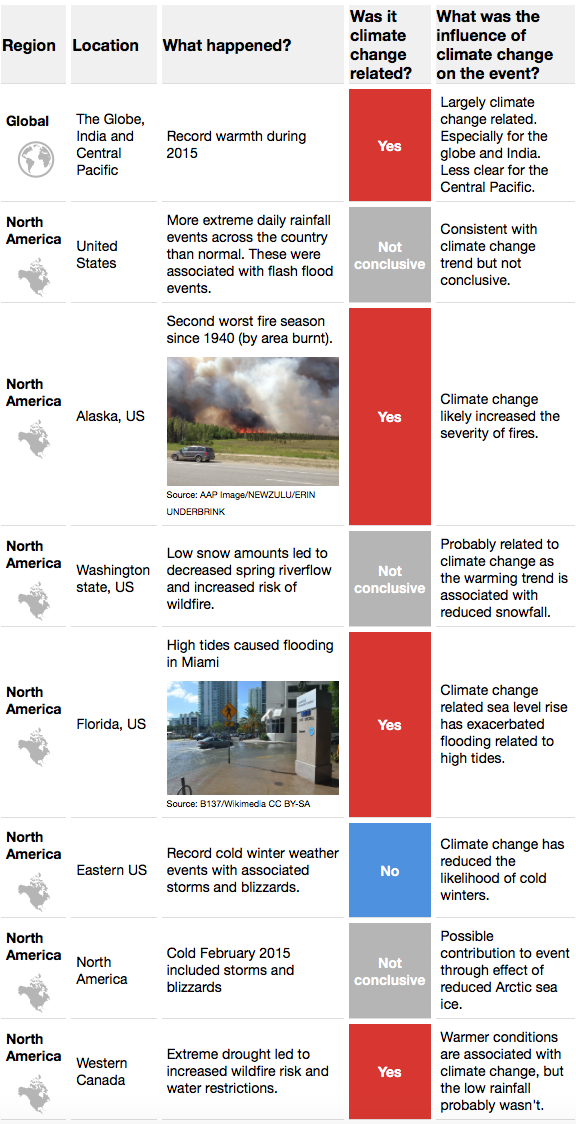 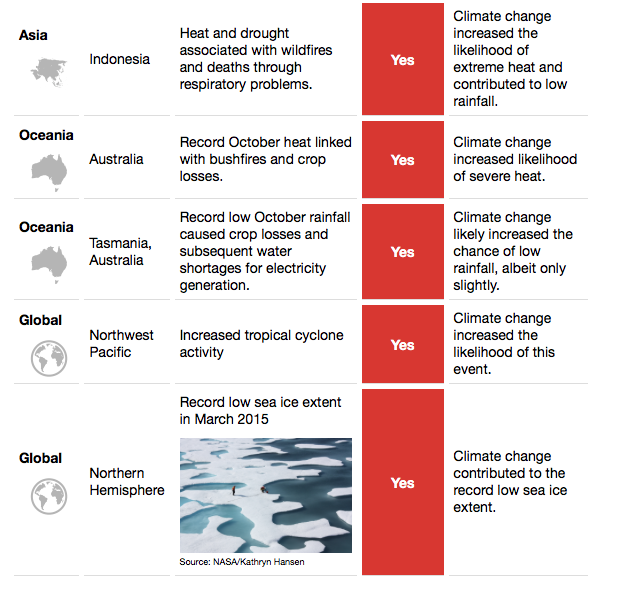