Reports are coming in that an “unknown rebel group” has attacked buses going to evacuate civilians from Kefraya and Al’Fuah. It is alleged that civilians had not yet borded the buses. The buses were on their way to pick them up when the attack happened.

Other reports from Syria state that the evacuation of East Aleppo will not resume until Al’ Fuah and Kefraya evacuation start. 4,000 people in 3 batches are expected to be evacuated 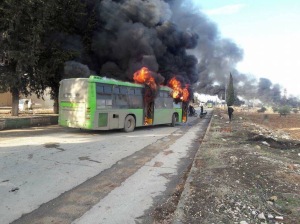 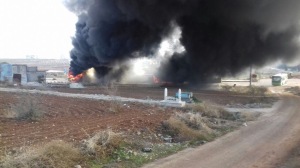