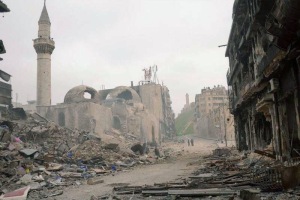 The Syrian Army has taken control of Aleppo with support of Russia. Reports have emerged that civilians are being killed in their homes. The UN Human Rights Commissioner has named 82 civilians have been executed by pro-government forces, including 11 women and 13 children.

The UN Human Rights Commissioner Zeid Raad al Hussein has described what’s happening in Aleppo as the “the wanton slaughter of men, women and children”. the High Commissioner pleaded with the international community “to heed the cries” of the women, men and children being terrorized and slaughtered in Aleppo and to take urgent steps to ensure that the tens of thousands of people who have fled, surrendered or been captured are treated in line with international law.

According to the release, the UN human rights office (OHCHR) has received credible reports of scores of civilians being killed – either by intense bombardment or summary execution by pro-Government forces.

“Dozens of bodies reportedly litter the streets of a number of east Aleppo neighbourhoods, with residents unable to retrieve them due to the intense bombardment and fear of being shot,” the release said, adding: “Government forces and their allies are also reportedly entering civilian homes and killing people.”

1 Comment on The Syrian Army Takes Control Of Aleppo -82 Civilians Executed, Including 13 Children﻿