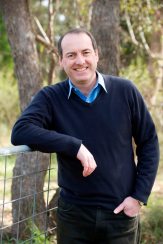 Turnbull took a gamble last September when he challenged Tony Abbott for the leadership. It wasn’t just Turnbull for took a gamble so did some of his back-benchers. Among those who lost their seat are:

The gamble taken by Turnbull and the back-benchers has not paid off. It has shown that the far-right of the Liberal are and

have been out for blood. Turnbull will have to watch his back very carefully. The reality of the situation is Turnbull has lost, Shorten has won.