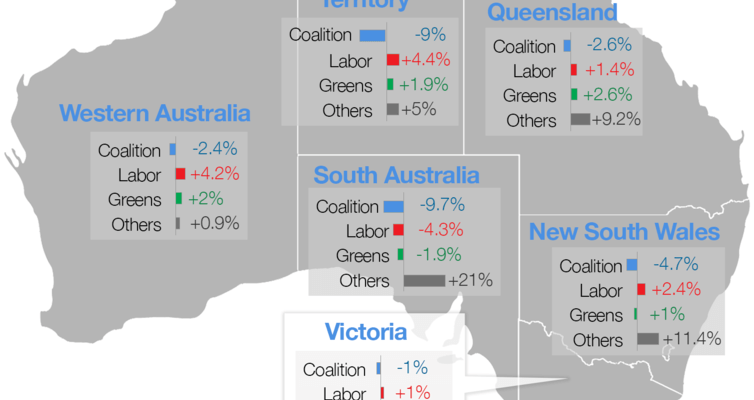 Infographic: what we know so far about the results of Election 2016

Australians have voted, but with the result currently unclear, how are the numbers falling across the country? This post will be updated when we know more.