This election will be a form of class war. It is not a class war that has been started by the Australian Labor Party but a war started by Malcolm Turnbull and the Liberal National Coalition.

It will be a war between the “haves and have nots” and the collateral damage will be those who are “aspirational”.

The Prime Minister and Treasurer set the tone for this war with the recent Federal budget. Especially when it was clear that working families in Australia were to receive nothing but businesses were to receive tax cuts.

The Prime Minister and the Conservatives have accused Labor of starting a class war over positive policies such as changes to negative gearing. However, in the opposition leader’s budget reply speech Mr. Shorten explained that class war really is cutting funding to Australian families while giving tax cuts to businesses and corporations.

A major battleground in Australian class war is 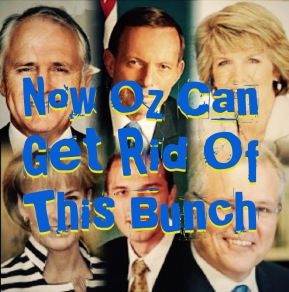 education. While the Australian Labor Party sees education as an investment in people’s futures Turnbull and the Conservatives see education as a cost to their economy.

Another example of the class war that is being waged by Turnbull and the liberal party can be seen over their treatment of the public funded health system. Turnbull believes that it is your credit card that should determine the level of health care you get while the Labor Party believes it should be your Medicare card that determines the level of health care you receive.