Two journalists in Turkey are on trial for allegedly “revealing state secrets” that aided a “terrorist organisation”. Turkey says the reporters aided an Islamic movement headed by U.S.-based cleric Fethullah Gulen. Fethullah is a political opponent of the Turkish President Recep Tayyip Erdoğan 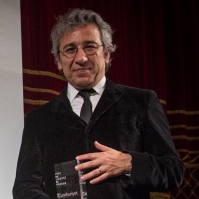 Can Dundar, Chief editor of the newspaper Cumhuriyet, and Erdem Gul have been charged with espionage and aiding a “terror” group. If found guilty they could be sentenced to life imprisonment. The Government is seeking to have the trip behind closed doors.

The Government is alleging the pair aided the “terror” group by publishing images of the Turkish government smuggling weapons to Syrian rebels in 2014. The two journalists claim the images prove the Turkish Government was supporting Syrian rebels. Turkey says the reporters aided an Islamic movement headed by U.S.-based cleric Fethullah Gulen.

Mr. Dundar and Mr. Gul deny the charges laid against them. Mr. Dundar has stated the government it trying to intimidate journalists in Turkey.

Opponents to the trial say the trail is politically motivated and a move by the Government and President to crack down of the press in Turkey.

Journalist and Photographer for RealNewsOne Student of history with a Bachelor of International Studies majoring in ancient history and international relations Twitter: @ajwatson82