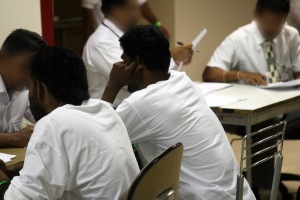 The United Nations’ High Commissioner for Refugees, Thomas Vargas, has stated paying people smugglers will not work and could encourage the smugglers.

UNHCR staff members have interviewed the crews that had been paid by Australian officials. Those interviewed by the UNHCR have identified Australian navy and custom boats.